What Are The Consequences of Hitting a Pedestrian?

What Are The Consequences of Hitting a Pedestrian? 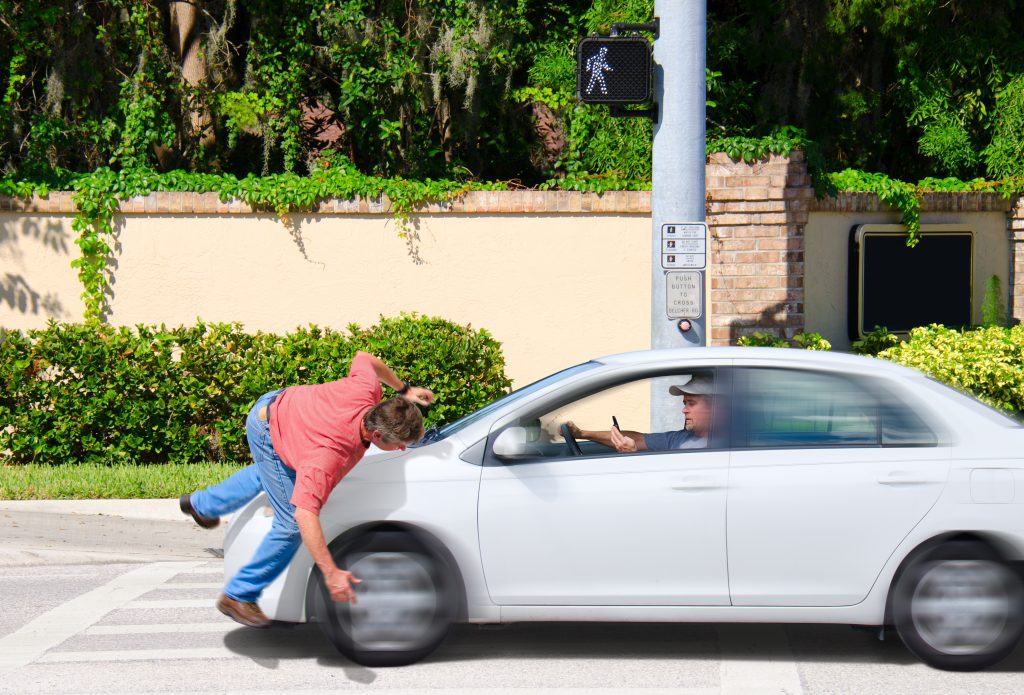 The Governors Highway Safety Association reports that pedestrian deaths have increased by over 50% in the past ten years in the United States. This is a staggering figure, considering The National Highway Traffic Safety Administration reported that 17% of all deaths on the road in 2018 were a result of pedestrian accidents. The driver of the vehicle is not always responsible, however, so these accidents are not always considered criminal offenses.

What Is Classified as a Pedestrian Accident?

A pedestrian accident, of course, is a collision between a motor vehicle and at least one pedestrian. This type of accident is common all across the country, and sadly, many of these crashes lead to catastrophic injuries to the person on foot.

When and Where Do Most Pedestrian Accidents Occur?

The greatest number of pedestrian accidents occur after the sun goes down, as driver visibility is diminished and individuals on foot are more difficult to identify, especially if they are wearing dark clothing.

It would seem that busy urban streets are the prime location for pedestrian accidents, but a surprisingly large number of them happen in relatively quiet residential neighborhoods. Often, children are hit when they are playing in their yard or driveway and run out into the street without looking.

Other accidents involving children on foot include those in which the child is hit when exiting a school bus. Fortunately, laws requiring drivers to come to a full stop behind stopped school buses deboarding students have been adopted in every state, so these accidents are far less common than they used to be. When vehicles hit children getting off their school bus now, it is often due to a bus driver who forgets to engage their signal telling drivers to stop.

What Types of Charges Does a Driver Face When They Hit a Pedestrian?

Depending on the specifics of the accident, a driver may receive criminal or civil penalties if they are the responsible party. For instance, a driver who hits a pedestrian due to their own negligence may simply get a ticket, be sentenced to jail time, or, in some cases, receive a punishment that is a combination of the two.

Civil liability is also a possibility in addition to any criminal charges, as the pedestrian may take the driver to court to sue over injuries they suffered. For a pedestrian to win such a case, they must be able to show that the individual operating the vehicle was the negligent at-fault party.

“Strict liability” is another scenario a driver may face when they hit a pedestrian. This includes accidents in which a vehicle hits a pedestrian, such as a child in a crosswalk in a school zone. This means that the driver is strictly liable for the crash, regardless of whether the pedestrian was hurt or not. There is no need to prove negligence in such a situation.

Hit and run accidents involving pedestrians are also a common occurrence. When a driver fails to pull over and render aid to the pedestrian or talk to police, the injured party may need to gather evidence from witnesses or nearby cameras to locate the responsible party. This often happens because the driver speeds off in an attempt to avoid legal ramifications; however, this can backfire when they are caught, as civil and criminal consequences are more severe for hit and run drivers.

Can a Driver Avoid Negative Consequences of Hitting a Pedestrian?

Pedestrian accident cases can be difficult because the motor vehicle driver is not always at fault, and the two parties involved may have differing versions of what happened. No civil claims or criminal charges can be filed against a driver without first determining who is to blame.

There are various scenarios in which a pedestrian runs out in front of a driver unexpectedly and gets hit. Since the driver likely couldn’t have avoided this collision, they typically do not face any consequences for hitting the individual. However, if the driver who hits the pedestrian in such a circumstance was speeding, and there is evidence to prove that, they may be held criminally or civilly liable for the accident.

Although a majority of pedestrian accidents result in severe injuries to the person who is hit, there are some cases in which the person on foot is not injured at all or sustains very minor injuries. However, it is crucial for a pedestrian who is hit to seek medical attention, as they may have sustained injuries that are not immediately apparent. If there are no injuries in a pedestrian accident, neither party may have civil or criminal consequences.

Why Are Police Reports Necessary?

In many cases, a pedestrian struck by a vehicle will say that they are unharmed. Unfortunately, they often feel fine because they are experiencing an adrenaline rush that increases their pain threshold. After a few hours, or even days later, the pedestrian may realize they are injured. For this reason, it is essential to call the police whenever a pedestrian accident occurs. A police report including contact information for both parties is an asset any time one party decides to file a claim against the other after the fact.

Even when the pedestrian in a collision wasn’t hurt, a driver’s vehicle may be damaged. For the motorist to file a successful claim with their insurance company, they may need a police report indicating that the pedestrian unexpectedly ran out in front of them.

Seek Legal Counsel for Your Case

If you are a pedestrian who was struck by a negligent driver, it is wise to have a skilled attorney on your side to navigate the legal system. The experienced team at Guenard & Bozarth, LLP has a reputation you can count on to seek the best possible outcome. Visit our website today to see how we can help.