What Is the Deadliest Interstate Highway?

What Is the Deadliest Interstate Highway? 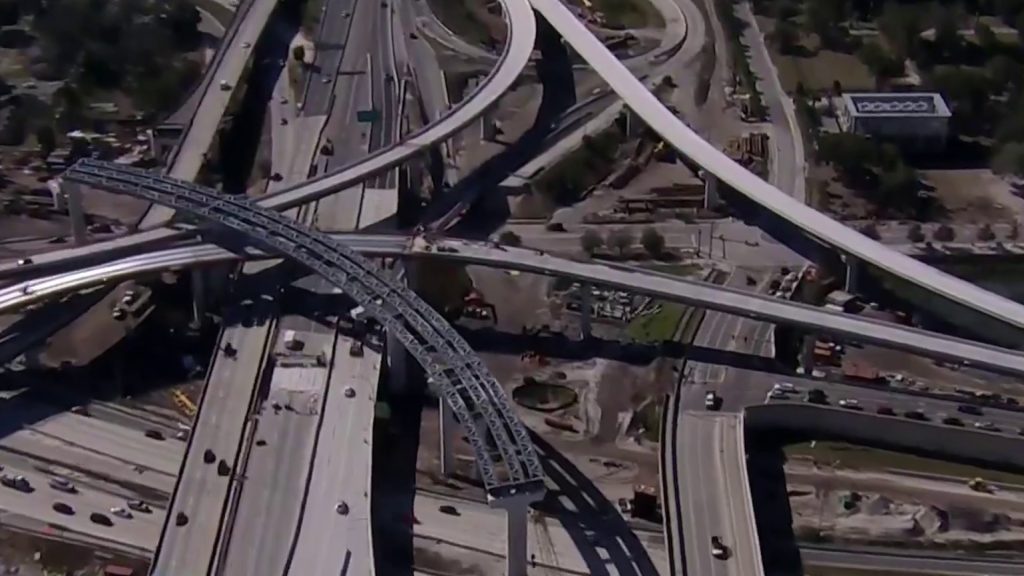 Highway driving can be treacherous, even for the most cautious motorist, but some highways seem to be worse than others when it comes to fatal accidents. To determine the deadliest highway in the United States, many factors come into play, such as level of congestion, the likelihood of dangerous road conditions, and the age and condition of the infrastructure. The truth is there are many deadly interstates throughout the country, so it is difficult to pinpoint the worst one.

Interstate highways are typically considered to be perilous based on the number of deaths that occur over a specific period of time. Some of the conditions that make these roads so dangerous include:

When collisions happen on these types of roads, there is a greater likelihood there will be fatalities. Consider the following highways that are considered to be among the most dangerous in America.

The stretch of highway that U.S 1 traverses along the east coast of central Florida is among the most deadly in the country. The entire highway makes its way from the southernmost point in the country, Key West, the whole way north to the Canadian border near Fort Kent, Maine, covering over 2,000 miles along the way. In the state of Florida, it crosses thirteen counties and 545 miles.

According to Geotab, the portion of U.S. 1 in Florida was the most dangerous highway in America in 2017, with a 2.8 fatal crash rate. This rate was the highest in the country at the time, counting 1,079 deaths in 1,011 collisions from 2007 to 2017. The vehicular data management company gathered its information from the Federal Highway Administration and the National Highway Traffic Safety Administration and took daily traffic flow into consideration with the number of reported fatalities.

In 2016 alone, there were 3,145 deaths resulting from nearly 400,000 traffic collisions across the state of Florida, according to the state’s Department of Highway Safety and Motor Vehicles. Based on this number, the fatalities on U.S. 1 accounted for 34% of all traffic accident deaths in the state that year.

Texas boasts around 700,000 miles of highway, which enables drivers to traverse the large state more easily, but also presents the opportunity for dangerous accidents. Among the many miles of highway is U.S Highway 83, the Texas Vietnam Veterans Memorial Highway, considered by many to be one of the most dangerous roads in the country.

U.S. 83 crosses Texas from the Mexican border north to the Oklahoma state line, covering almost 900 miles of the beautiful Lone Star State. Although the scenic views are stunning, the highway also has an ugly side – the 2nd highest fatal accident rate in the United States. With an average of twenty-six fatal collisions each year, this dangerous road sees a traffic death about once every two weeks.

The “Global Status Report on Road Safety,” a yearly report put out by The World Health Organization, listed U.S. Highway 431 in Alabama among the worst highways in the country in 2013. Running from Dothan, Alabama to the Tennessee border, this roadway covers a span of 353 miles and has earned the moniker “Highway to Hell.” Some of the reasons this highway is so dangerous include unexpected changes from two lanes to four, drivers who tend to travel at high rates of speed, and poor visibility.

Sadly, a sight you can’t miss on a trip across Highway 431 is the many crosses that dot the sides of the road as memorials to those who have died in car accidents. Out of the nearly 34,000 traffic deaths in 2013, the fourth-highest number in the U.S. occurred on Highway 431.

Starting in 2006, Alabama recognized the problem and began making improvements to the highway to increase safety for the thousands of drivers who travel the road every day. In addition to increased patrols by state police, the state has made an effort to improve the highway by widening sections in particularly dangerous areas. One part of the highway, a stretch from the edge of Barbour County to Pittsview, was considered to be extremely dangerous. Between 1992 and 2006, there were thirty-one accident fatalities in this area. As improvements were made, the state bypassed this entire section of highway in 2008.

This highway that crosses the state from west to east covers 117 miles and has earned a macabre nickname due to the perils drivers face. The majority of deadly accidents that happen on this roadway occur in the stretch between Willimantic and Bolton Notch. The Connecticut Department of Transportation reports that more than 80% of all accidents on this highway occur in this area. The NBC show “Dateline” featured a special on this dangerous stretch after there were 69 collisions there in 1997, citing speed limit changes, treacherous turns, and lack of adequate shoulders as reasons for the notable crash rate.

The highway took on the name “Suicide 6” as a result of 30 deaths that occurred in a 25-year period. The state has made an effort to improve conditions on the road in recent years by adding more turn lanes, improving sightlines, straightening certain sections out, flattening, and widening the highway. These changes have made a significant impact on driving conditions, as the time frame from 2017 to 2020 saw no fatalities due to accidents. Unfortunately, the record didn’t hold into 2021, when there were two fatal crashes in a two-week period.

When Accidents Happen, Call on the Attorneys You Can Trust

No matter how careful we are on the road, accidents are bound to occur, and they often result in injuries. When you are recovering from a crash injury, the additional stress of seeking compensation for your damages can be draining, so it is crucial to trust your case to a knowledgeable, experienced legal team. At Guenard & Bozarth, LLP Personal Injury Attorneys, we aim to make the process as easy on our clients as possible. Visit our website to find out what we can do for you.