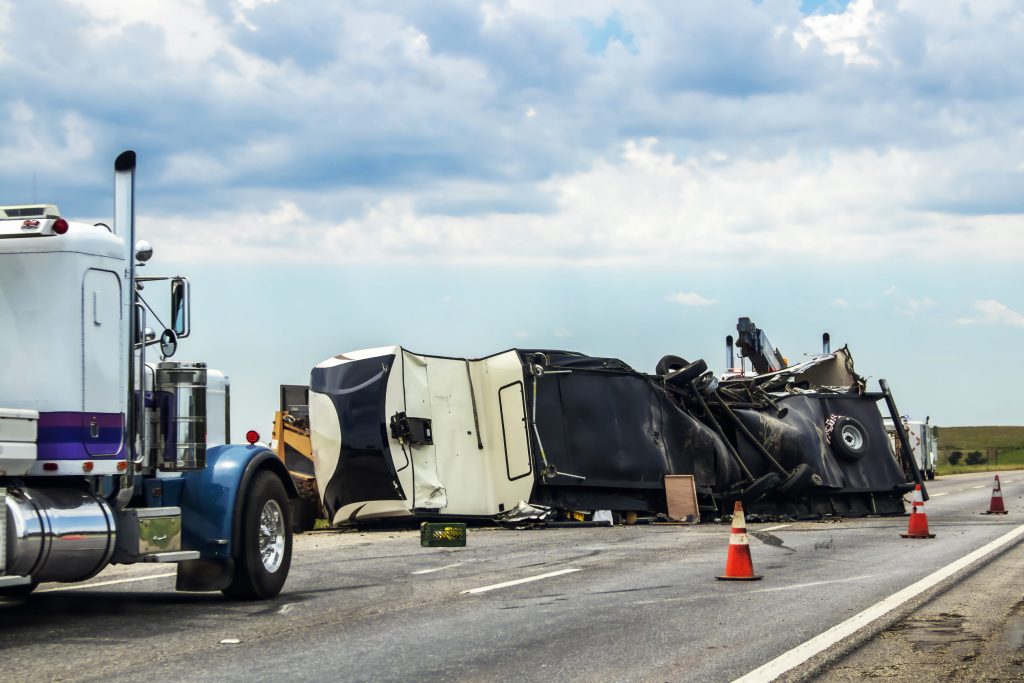 The FMCSA reports approximately 510,000 traffic crashes involving large trucks occurred in 2019. Of these crashes, 114,000 caused injuries and 4,479 resulted in fatalities. In 82% of truck accidents with a fatality, the deaths were occupants in other cars or pedestrians. Speeding and distracted driving are the most frequently recorded driver-related factors for truck drivers, while speeding and impairment are the most common among passenger-vehicle drivers. Although driver error does contribute to large truck accidents, mechanical failure ranks as the leading cause of these accidents, including failure of brake systems, tires, transmissions, steering systems, suspension, lights, or windshield wipers.

Even when a large truck accident does not involve other motorists, it can be incredibly dangerous. However, 62% of fatal crashes involve two vehicles, and often the other motorists are at least partially to blame. In 74% of fatal crashes, the critical precrash event was another vehicle, person, or object positioned in the large truck’s lane or encroaching into it, while only 23% involved critical precrash events from the truck driver’s movements or loss of control. Clearly, there are a variety of interrelated factors that lead to large truck accidents.

Preventing these crashes not only requires truck drivers to be aware of the unique dangers their vehicles pose to the public, but also requires other drivers to follow the rules of the road and use extra caution when in the presence of these much larger and heavier vehicles.

The most common types of trucking accidents are jackknife accidents, wide-turn crashes, and rollover collisions.

When the driver of a semi-truck exceeds the speed limit, brakes too hard to avoid an obstacle, or takes a turn too quickly, the inertia of the vehicle can make it difficult for both the cab and the trailer to stop at the same time. In these cases, the cab skids while the weight of the trailer continues to force the cab forward from behind, causing it to swing to the side or turn completely around until it faces backward. When the vehicle finally makes a complete stop, the cab and trailer form a 90-degree angle.

This type of accident is called a jackknife because the articulated components of the vehicle resemble a partially opened pocketknife. Jackknifing can also occur due to driver inattention, improper loading of cargo, malfunctioning or improperly maintained brakes, and/or slippery road surfaces.

Large commercial trucks can extend up to 14 feet in length, so they require a minimum of 55 feet of space to make a safe turn. When making wide turns, drivers must first steer to the left to leave enough space to properly make a right turn. These trucks have large blind spots on the sides that make it extremely difficult to see other motorists.

If another vehicle is traveling along the truck’s left side and becomes positioned in the truck’s blind spot, the truck driver may not see them, assume that they have sufficient space to make the turn, and crash directly into the other vehicle while swinging left. Wide-turn crashes can also result from the truck driver neglecting to wait for other vehicles to clear an intersection before turning or failing to use their turn signal before beginning the turn. If the truck driver fails to use their turn signal, the other motorist assumes the truck is going straight and will pull into the lane required for turning. Reduced visibility at night or inclement weather conditions makes it even more difficult to see vehicles in the turning lane and maneuver around them.

When a truck travels on a curved road, such as an on-ramp or off-ramp, centrifugal force causes the vehicle to lean away from the curve and the cab of the vehicle to move at a higher speed than the trailer. Turning too quickly or allowing one side of the vehicle to make a sudden drop or rise can then push the truck over onto its side, which is referred to as a rollover. Steering mistakes and speeding are major contributing factors to rollover accidents.

If the truck driver notices a hazard in the road and suddenly changes direction to avoid it, oversteering can cause an imbalance in the truck’s weight distribution. Understeering can cause rollovers if the driver does not steer the vehicle away from a shoulder with a steep embankment, forcing the wheels off the road. Speeding makes rollovers more likely because truck drivers may misjudge the safe speed for navigating a curve and then lose control of the truck during the turn. Additionally, due to the higher center of gravity, improperly loaded cargo can shift and force the truck to tip over.

Other common categories of truck crashes include:

The trucking industry is governed by numerous state and federal guidelines, so a truck accident case can be incredibly complex. Multiple parties may be held liable for an injury-causing accident beyond the truck drivers themselves. Trucking companies are legally obligated to train their drivers, keep their vehicles in safe and operable condition, and promptly resolve any safety issues that could cause an accident.

Using faulty equipment, neglecting to inspect vehicles and their parts, or incentivizing drivers to ignore the law to boost profits are all highly illegal. If you have sustained an injury in a large truck accident, Guenard & Bozarth can help you file a personal injury claim, hold the responsible parties accountable for their actions, and obtain the compensation you deserve. Contact us today to discuss your case.