The Truth About California Roadways And Road Rage

The Truth About California Roadways And Road Rage 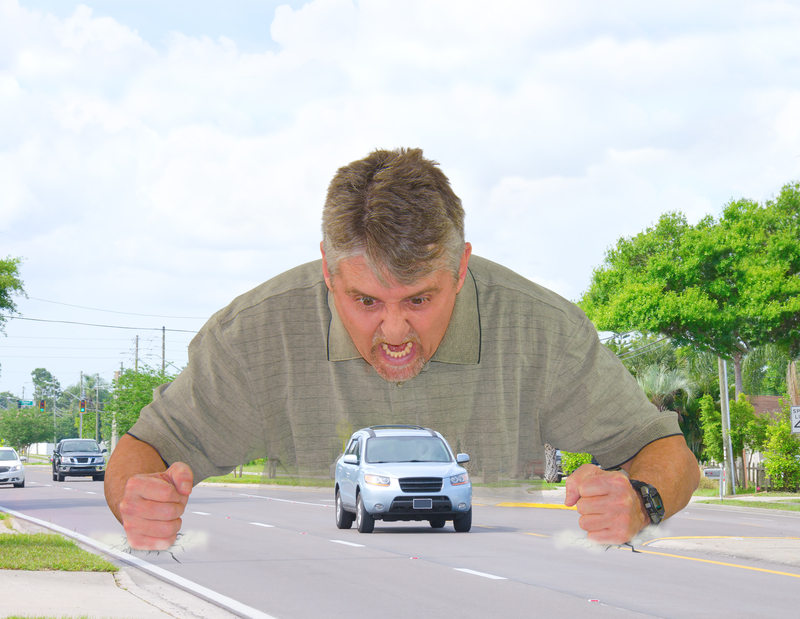 Driving in California can be a frustrating experience. At some point in time almost every driver will experience irritation or annoyance with other drivers and these feeling increase when they get cut off, another driver runs a stop sign or simply makes an unexpected lane change. Sadly, there are times when irritation or annoyance boil over and becomes road wage. Road rage is when another driver retaliates in a manner that puts others in harm’s way.

Road rage is uncontrolled anger caused by intentional or unintentional inconveniences while driving. This happens when a raging driver gets a sense they’ve been somehow wronged or disrespected, they get swept up in that emotion and as a result take action against what they believe is the wrongdoer. The majority road rage incidents result in nothing more than hand gestures or shouting. A minority of road rage cases lead to violence. We are using verifiable statistics to demonstrate how prevalent road rage is and how frequently it could lead to violence causing injury or even death.

Road rage impacts both driving skills and judgment. Road rage may cause you to be involved in a violent incident or crash. When someone loses their temper, they tune out everything else and focus on the person who aroused that anger. Being the driver who another motorist has angered, it’s human nature to focus your attention and anger on that motorist. As a result, you might not notice a vehicle or pedestrian in your way. Angry drivers might also speed or ignore the rules of the road. Road rage impacts judgment. The feelings of stress and anger often lead to poor decisions and lead to behaviors like speeding, following too closely, or blowing through a red light. These actions could put you, your passengers, and others on the roadway in grave danger.

Recent reports suggest gun violence relating to road rage is on the rise. An analysis by Everytown for Gun Safety revealed more than 500 people in the United States were killed or wounded in road-rage shootings in 2021. Gun-safety advocates say pandemic-related stressors and record increases in gun purchases may be factors. In 2021, nearly 400 people were injured, and 130 more were fatally shot during encounters with aggressive or raging drivers, compared to 225 injured and 68 killed in 2019. In an average month in 2021, 44 people were shot in road-rage incidents, double the average before the pandemic. These numbers continue to rise in 2022. Everytown statistics show that in the first three months of 2022, there were 114 incidents of road-rage shootings in Arizona, New Mexico, Tennessee and Texas. The state of Wisconsin had the highest rate of road-rage shootings, according to Everytown’s data analysis.

Aggressive or reckless driving: It is illegal under California Vehicle Code Section 23103 to drive a vehicle in a manner that endangers the safety of others. A driver convicted of this offense could face a $1,000 fine and up to 90 days in county jail. Penalties may be higher if reckless driving results in bodily injury to another.

Road rage could also result in the California Department of Motor Vehicles suspending the offending motorist’s driver’s license. Motorists could face up to six months of driver’s license suspension for a first-time offense or a one-year suspension for a subsequent offense. The DMV could suspend your license for road rage by declaring you a negligent operator or finding that you lack driving skills.

We represent people who are injured because of the careless and reckless acts of others.  At the end of the day your case can only be settled one time and you need to know all of the facts beforehand. The reason that insurance companies have paid our clients in excess of $130,000,000.00 is that we get the facts and are not intimidated at the prospect of going to trial when insurance companies fail to offer full compensation. We help with serious injuries that require serious representation. We are the Law Offices of Guenard & Bozarth, LLP. Our attorneys have more than 60 years of experience specializing in only representing injured people. Call GB Legal 24/7/365 at 888-809-1075 or visit www.gblegal.com We would be honored to represent you!