Where Do Bicycle Accidents Happen Most?

Where Do Bicycle Accidents Happen Most? 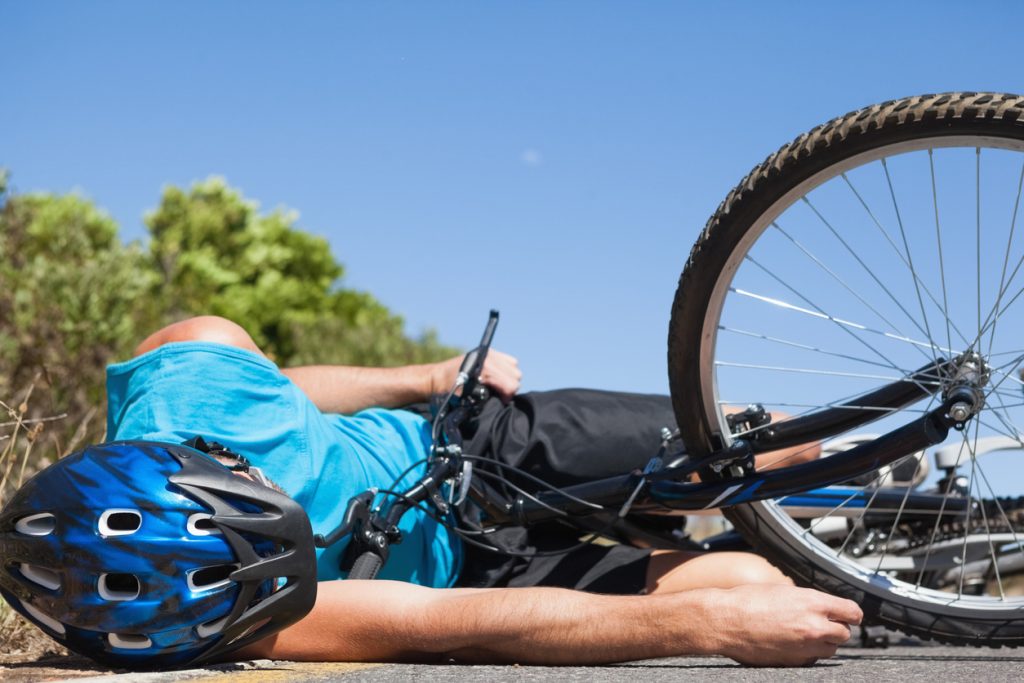 When a bicyclist has a collision with a motor vehicle, the crash has the potential to severely and permanently injure the biker. Hundreds of cyclists across the United States lose their lives in accidents every year. In an effort to learn more about bike crashes and improve safety measures, organizations such as the National Highway Traffic Safety Administration (NHTSA) look at the data they collect to determine where and in what situations most bike crashes take place. Implementation of better safety practices has the potential to greatly reduce the risk of personal injury and cyclist fatalities.

Data the NHTSA has collected on bicycle crashes shows that 75% of deadly bike accidents in the U.S. occur in urban centers, as opposed to a mere 25% in rural areas. Higher speed limits and heavy traffic on major roads also create dangerous situations for cyclists. Even though there are laws in place to make it safer for motorists and bikers to share the road, these laws are often disregarded, leading to more collisions between motor vehicles and bicycles.

How Can Bicyclists Stay Safe?

For anyone hitting the road on a bike, it is essential to adhere to a safety protocol whenever they are cycling. Some of the precautions bikers should consider include:

What Is the Most Dangerous City for Cyclists in California?

It is not surprising that the biggest city in California is also its most dangerous for bikers. Los Angeles saw a nearly 24% increase in cyclist fatalities in the three-year period between 2015 and 2018. The city has been working with an organization called Vision Zero to address the problem and implement solutions. The international group has a mission to reduce bike crashes by identifying the most dangerous streets in the city and suggesting viable changes to urban planners.

The most treacherous intersection in the city for bikers is that of Temescal Canyon Road and Pacific Coast Highway, and one of the worst roads is a stretch of Imperial Highway between Vermont Avenue and Athens Way. Vision Zero has also found that popular tourist destinations such as the Sunset Strip and Hollywood also experienced a greater number of bicycle accidents.

Where Are the Other High-Risk Areas for Bikers in California?

Los Angeles takes the top spot for bicycle accident risk, but it is certainly not the only place in the state where cyclists need to exercise extreme caution. There are quite a few cities working in collaboration with Vision Zero to identify biking dangers and minimize injuries and fatalities. Consider the following areas that are known as treacherous places for cycling enthusiasts.

In 2018, the capital of California was named as one of the most dangerous cities in the United States for bikers by the Wall Street Journal. Following the trend across the country, injury accidents for cyclists have been on the decline, while fatalities have sadly been increasing. As a result of this disheartening, seemingly contradictory occurrence, the city of Sacramento has called on Vision Zero to help them save lives. The organization has collected data that indicates the bulk of traffic accidents in the city happen in the southern district, along these streets:

The city of San Jose has experienced a slight drop in bicycle fatalities in recent years, but they are still significantly higher than they were in the early 2000s. Bicycle accident deaths hit a peak of 60 in 2015, but the dip in statistics in the following years wasn’t much, with an average of 49 each year from 2016 through 2018. The eastern section of the city is where most traffic accidents happen in San Jose, specifically in the Alum Rock neighborhood. The city’s most dangerous intersection is Story Road and McLaughlin Avenue. Statistics indicate that other areas with a high incidence of crashes include Edenvale, Central San Jose, and South San Jose.

The hills in the city of San Francisco make it an urban area that is particularly prone to “dooring.” As the name would suggest, “dooring” is the type of accident that occurs when a vehicle driver opens their door and unexpectedly hits an individual on a bike. In the period between 2012 and 2015, there were over 200 cases in which a cyclist was injured in a dooring collision. This outrageous statistic prompted bicycle safety advocates to push for larger buffers between parked cars and bike-protected lanes. On the positive side, cyclist fatalities in the San Francisco area have been on a downtrend in recent years. The most dangerous streets for bikers in the city by the bay include the following:

The city made a significant stride in promoting bicycle safety on Market Street after statistics indicated it was a dangerous area by converting it into a car-free roadway.

Many Cities Are Focusing on Improving Bicycle Safety

There is hope for cyclists in California, especially in the Bay Area, as cities work on making the state’s roads more biker friendly. It is important to recognize that California, as a whole, is often at the top of lists naming the most bike-friendly states in the U.S.

Two of the urban areas that stand out are Davis and Berkeley, each of which has received accolades for its safety education initiatives and cyclist infrastructure improvements. If other cities follow their lead, California may be on its way to earning the title of “The Safest State for Cyclists.”

It is wonderful to see California cities working to improve bicycle safety, but sadly, accidents still occur. If you are injured in a bike accident, it is vital to have a knowledgeable, experienced legal team on your side. The professionals at Guenard & Bozarth, LLP are here to walk you through the entire process of seeking compensation for your injuries. Reach out to us today if you have been in a bicycle accident.