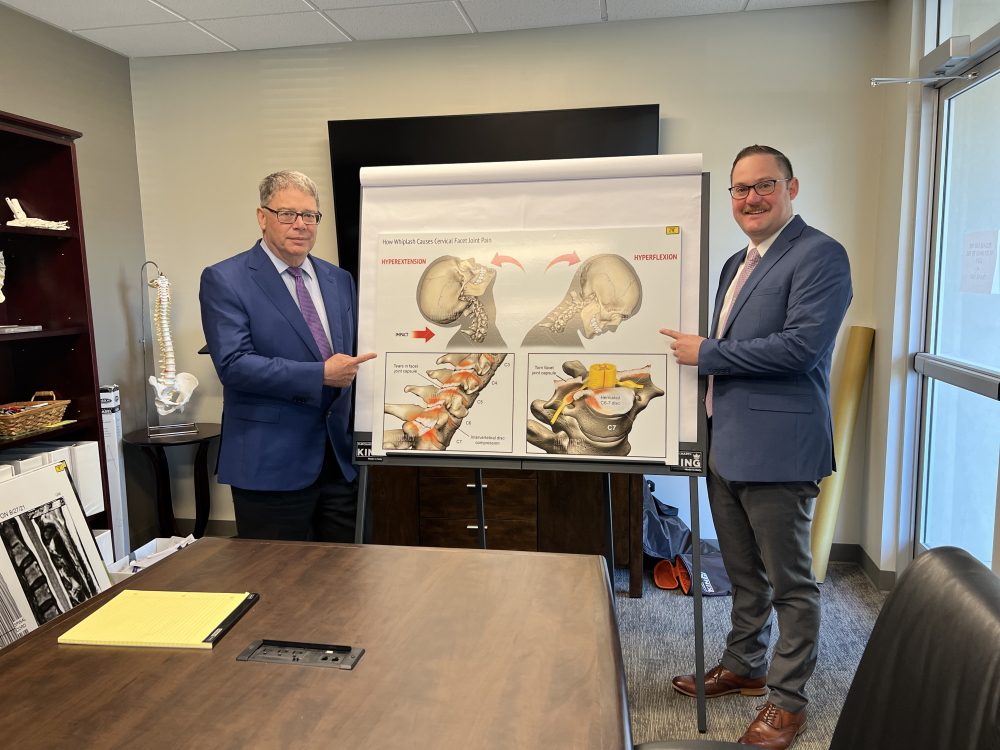 Glenn Guenard and Anthony Wallen of Guenard & Bozarth, LLP, obtained a $767,787.00 jury verdict after a seven day trial in Sacramento County on June 12, 2022 in the Collado v Young case. The top offer by State Farm before trial was $80,000. Ms. Collado was rear-ended on the freeway. Defendant admitted fault but disputed the damages. The defense doctors testified Ms. Collado sustained a minor whiplash to her neck and should have recovered in a couple of months and any symptoms or treatment after that were unrelated to the collision. The jury believed Ms. Collado’s treating doctor who testified the collision injured her facet joints  and the discs in her neck which were causing her pain and she would eventually need surgery.The jury awarded $59,627 in past medical bills, $283,160 in future medical bills, $150,00 in past pain and suffering and $275,000 in future pain and suffering.